How to calculate memory for software upgrade?

When downloading new software image for your router through Cisco downloads you see the following screen: 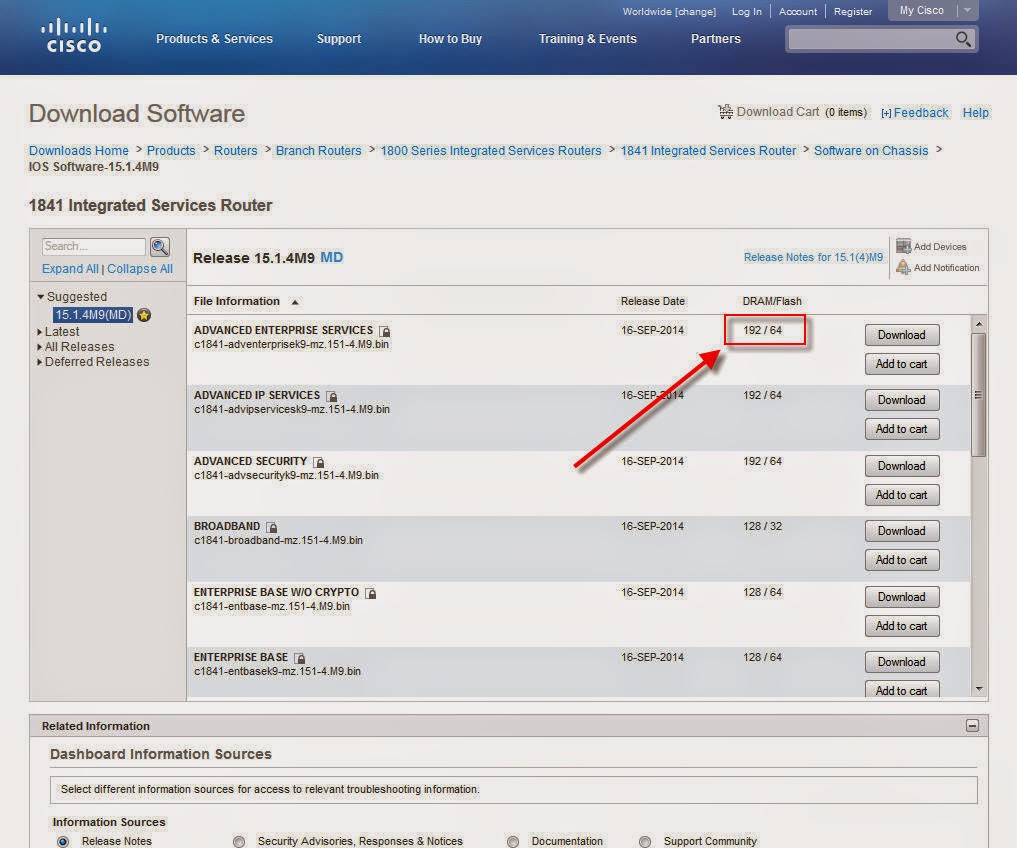 In order to check the current DRAM and flash in the router use the ‘show version’ command to get the following output: 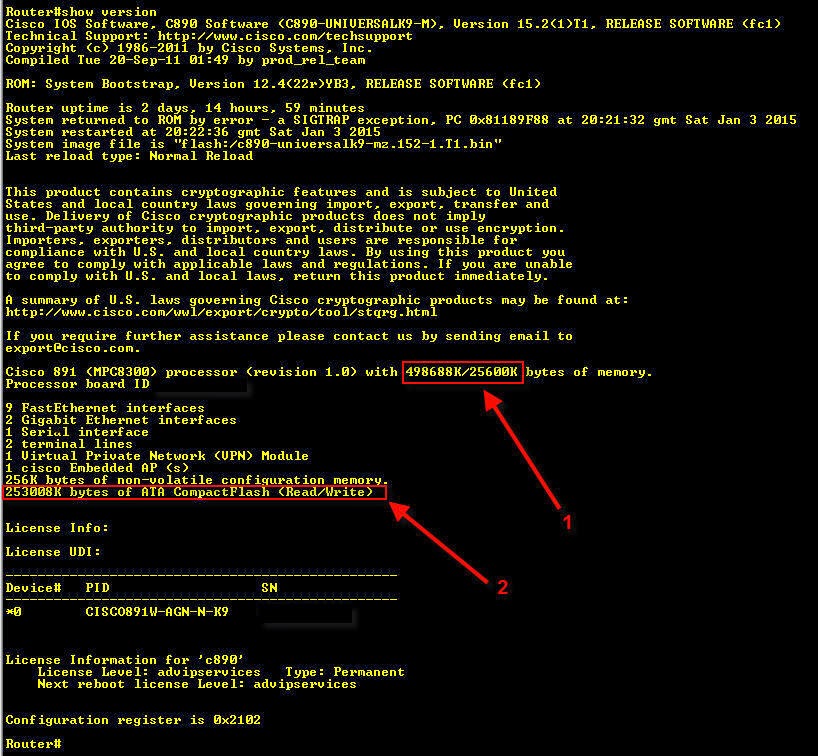 The sum of the two numbers marked with no. 1 are the size of the DRAM, here in my example:

And the flash size, which marked with no. 2:

Hence I have 256MB flash

The location of this  components can be showen here: 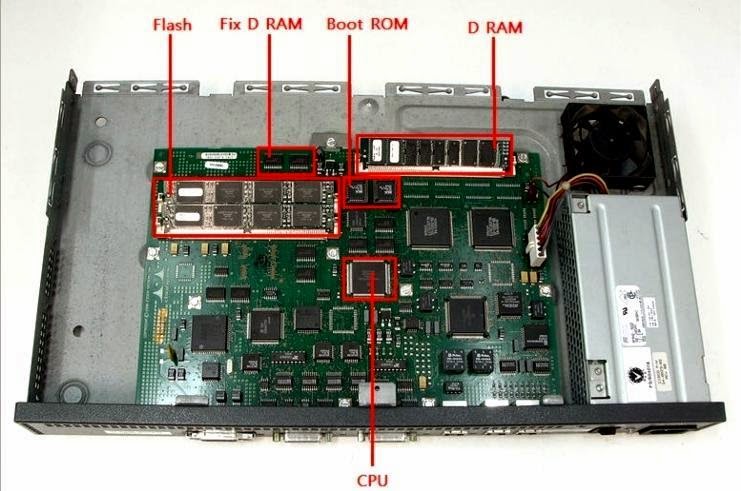