BGP can do load-sharing, pretty much similar to OSPF and EIGRP, by installing two or more entries in the routing table and leave the rest to CEF. BGP can learn more than one route and install them in the BGP table but only the best path will be installed in the routing table based on best path selection rules:

So for a BGP peer which learns two or more paths with the same attributes the tie breaker in most cases will be the Router-ID and this can be changes by activating the multipath option and allow the process to install more than one best path.
This is the topology I used: 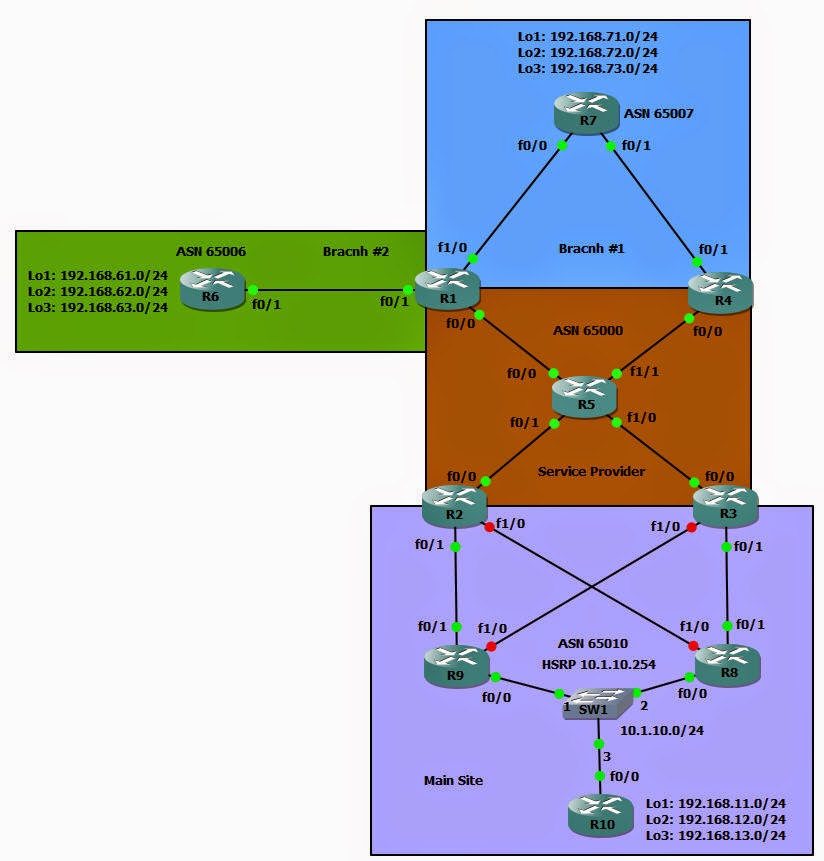 These are the roles in the following topology:

R1, R2, R3 and R4 are all PE routers, while R5 is P router which also act as route-reflector. All routers are part of the SP network which runs OSPF, MPLS and MP-BGP.

R8, R9 and R10 are part of the main site of customer RED, both R8 and R9 are eBGP peer with the relevant SP routers. Internally they run static routes toward R10 with HSRP between them where R9 is the active router. R10 has default route to HSRP IP 10.1.10.254.

R6 and R7 are branch routers (multi and single homed) which runs eBGP with the SP routers.

R7, which is multi-homed branch router, is peering with R1 and R4:

We can see that he learns R10 networks from both R1 and R4:

But he prefer R1 as best path and hence install only 1 route in the routing table:

R7 is using the BGP best path selection rules for selecting the best path in the following manner:

Now let’s configure on R7 the command maximum-paths under the BGP process:

And the CEF entry:

Now R7 will load-share traffic, toward R10 networks, using both R1 and R4 on a per-destination algorithm (CEF default).

This time R7 has used the multipath rule in order to install both routers as best path:

Now after configuring R9 and R8 in the same manner, we get load-sharing on outbound traffic on both the main and the branch sites, but we still got problems in the insert point: 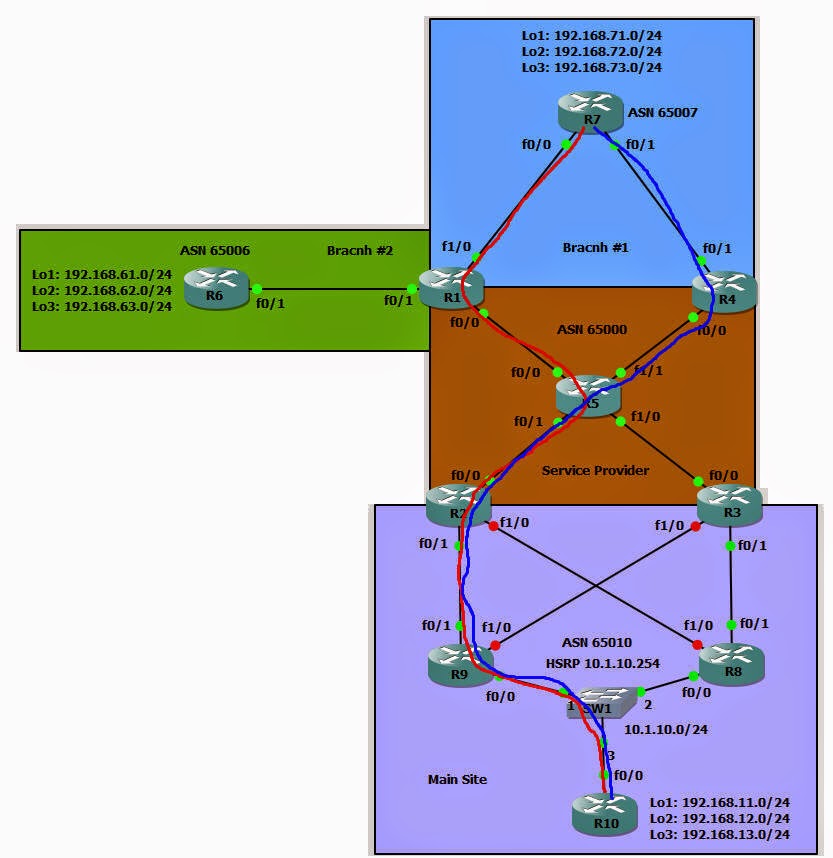 So we only managed to get load-share on the exit point of R7 but the traffic will reach R10 networks always through R9!

We can see clearly that we have the same problem on the PE routers which follow the BGP best path selection rules and select only 1 best path per prefix.

Let’s fix this problem by issuing the following command on all PE routers:

Note that this time I used ‘eibgp’ parameter on the command maximum-paths to allow multi-paths from eBGP and iBGP.

Now we got the required result: 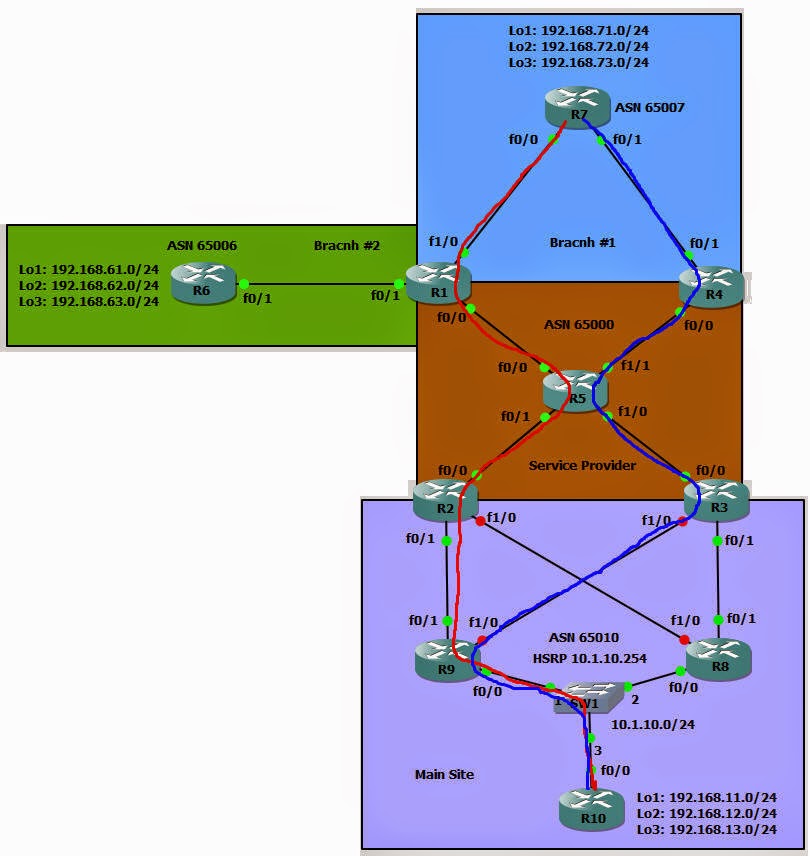 Currently I’m using IOS 15.3 and the command ‘show ip cef <PREFIX> internal’ doesn’t show the hash table as in version 12.3, so after doing a little search I found this following command which state where each source and destination exit point: