Crossed links between the devices in order to prevent device failure/HA failure situation.

In my first attempt I assumed that since the HPE switches using IRF I should handle them as single device, while connecting them to the Fortigate HA, I’ve connected all 4 ports, from the switches, in one bridge-aggregation group. This configuration led to partial packet loss since all 4 ports, in the link-aggregation group were up and running (Fortigate ports are all up although it’s an HA configuration).

Configuring the Fortigate with 2 ports (port17 and port18) in aggregation mode running all VLAN sub-interfaces while the HPE switches configure with 2 bridge-aggregation interfaces, one for each switch has solved the problem.

This is the network topology: 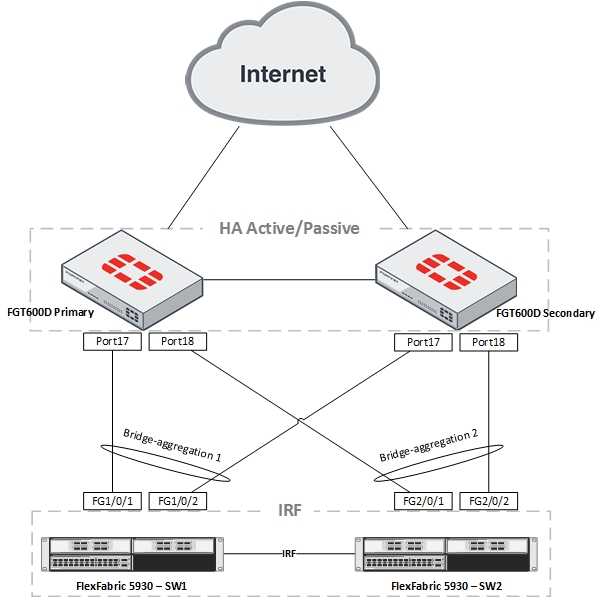