following the lab from my previous post -MPLS-VPN and Dual DM-VPN networks - Part I
(http://www.madari.co.il/2014/10/step-by-step-mpls-vpn-and-dual-dm-vpn.html) now we have fully operational network and i need to do some traffic manipulations from the branches to the data center.

Now the customer network is built from two layers:

Layer-1 – Configured using BGP over the SP network and advertise the loopback interfaces only as an infrastructure to the DM-VPN.

In the following tasks I will show the necessary steps to change the topology to redundant active/active deterministic topology.

All branch routers which have dual uplinks to the SP network will utilize both links, one for each tunnel.

In order to accomplish this we will use 2 loopbacks and inbound and outbound route-maps on BGP peer advertisement.

Again this will assure outgoing traffic from R9 to R1 through R7 and R9 to R2 though R8.

Note that this has no influence on the upper layer network (customer networks) between the branch and the center which runs EIGRP over DM-VPN on the tunnels.

In the current situation all branch routers learn data center networks (192.168.31-33.0/24) through both tunnels hence we have ECMP from the branch to the data center and the traffic is load-balanced.

There are several ways to influence EIGRP traffic and I will focus on two of them: route-map and offset list.

According to Marko Milivojevic post on Cisco support forums (URL: https://learningnetwork.cisco.com/thread/26400) as far as I understand we can’t change the metric of an EIGRP internal route using route-map and set metric command.

My tests on this lab shows slightly different, on the current configuration I see that both R1 and R2 are advertising network 192.168.31.0/24 as follow: 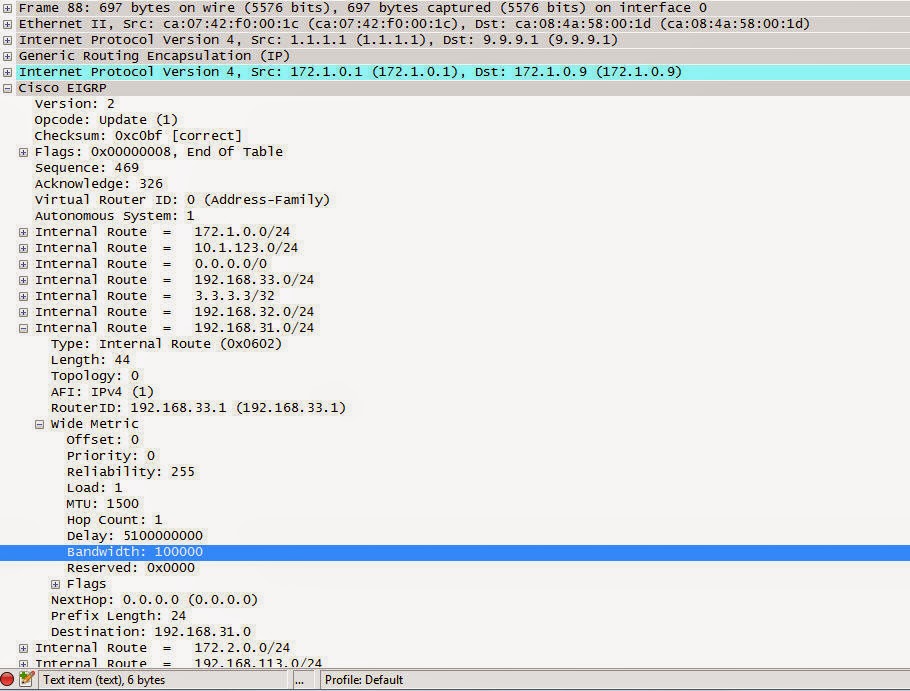 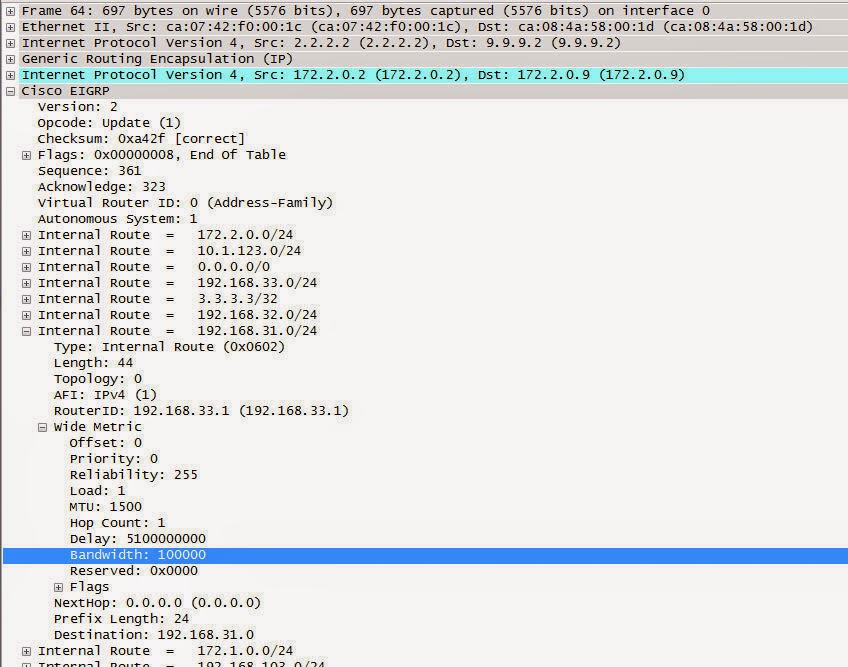 You can see the wide metric setting for bandwidth which set to 100000.

Now I have configured the following on R1: 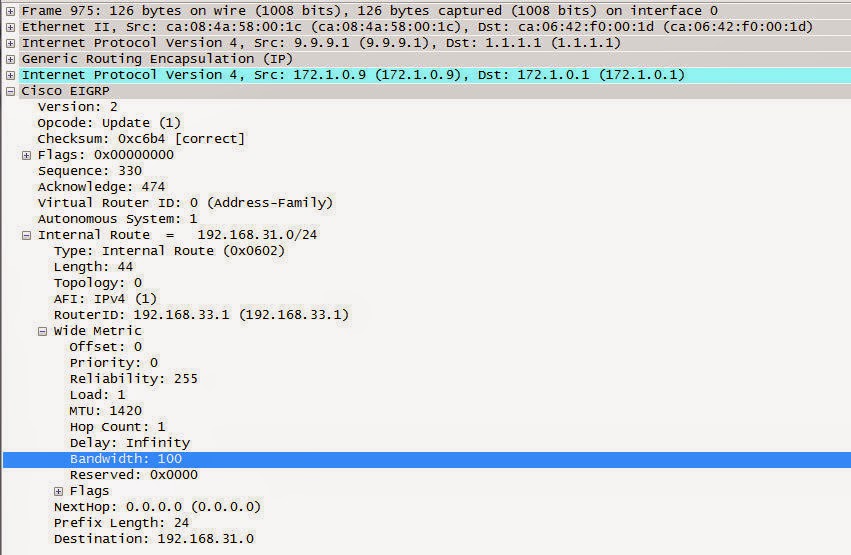 While all other networks are still multi-path equal cost:

So what’s happen here actually??? Also note that I lowered the bandwidth for this network (metric 1000 10 255 1 1500) and it made the opposite result – it made this network more preferred!!!

I think the reason for this behavior related to the fact that I changed the EIGRP bandwidth and not the bandwidth setting of a particular interface.

As you may recall EIGRP metric calculation is (Bandwidth + Delay) * 256 = composite metric.

But before we run our calculation we need to scale the interface bandwidth and delay using the following formulas:

When we use set metric on the route-map it change the EIGRP bandwidth without scaling it and as a result lower is better!

As for offset list things are pretty much straight forward, here is the configuration of R1:

No R1 for this network in the routing table!

Hence in case of failure of tunnel 2/ R2 we still have route to this network.
In order to continue this lab I used the route-maps method on both R1 and R2 for getting this final result:

Next post I will have to handle traffic from the center to the branches…
Bye!