Capture the burst in traffic

here is a story about a customer with symmetric 30Mbps MPLS link, which on it he transmit all kind of traffic including voice and video.
After few days the customer starts to complain about packet loss in his voice/video application, with no specific time or event, on the receive direction.
taking a look in the customer's router interface didn't show almost nothing:

beside the fact that there are output drops....
but if the input/output rate is not exceeding the CIR from where does these output drops coming from???

Now the router allows us to define the minimum interface statistics interval to 30 seconds,  we calculate the CIR in megabits per second and the router itself thinks in milliseconds, so we will need to find a way to calculate and to "see" the same way the router sees.

Using Wireshark and SPAN i have done packet capture for few minutes on the receive direction for this interface, after that i ran statistics->IO graphs for analyzing the traffic and at first glance it's seems that now packet loss should occur, all traffic didn't reach over 12Mbps: 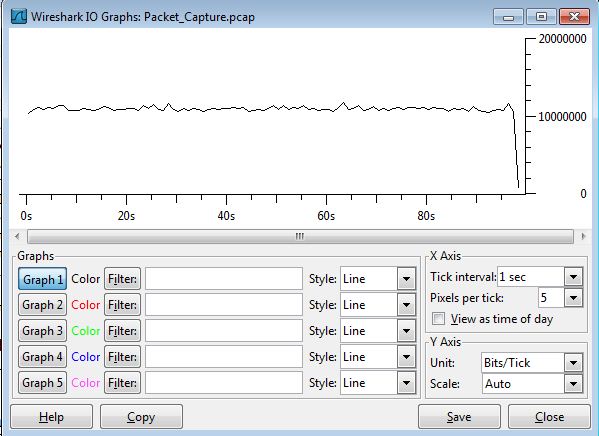 note that the tick interval is set to 1 second, now changing it to 0.001msec show a complete different picture... 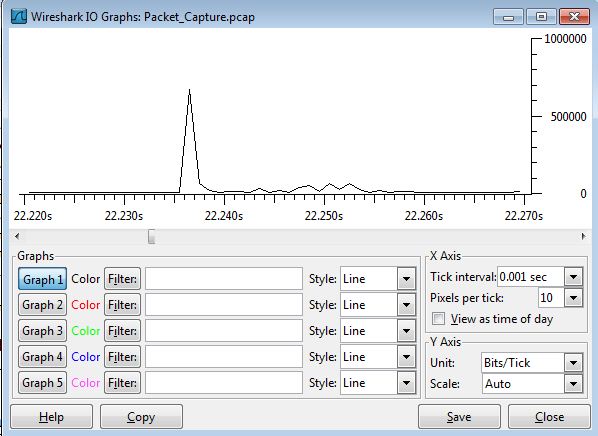 note how does the Y Axis scale has changed automatically to max of 100Mbps, the spike in the middle shows clearly a traffic burst of more the 70Mbps!!! keep searching along the graph shows a few more spikes like that.

Network devices, using policing/shaping or rate limiting, can't handle these kinds of spikes for that super short period of time and that's the reason i was able to see these spikes on my capture. In order to a police/shape/rate-limit to work the burst should exists for a duration of more then 100msec.

Anyway this was the cause of the packet loss and implementing MQC, on the customer routers, with reservation for video and voice traffic pretty end this  problem.